Pushing the Limit with Blow Off Tubes

I wish I had learned about blow off tubes early on in my brewing career. It didn’t take long to discover the pains of opening a refrigerator or closet door to reveal the entire carboy stopper had exploded off of the carboy spewing krausen and wort all over the ceiling, walls, and floor. If you’ve never encountered this, I envy you, but to those this nightmare sounds all too familiar to, you know this requires quick action and a lot of unnecessary cleaning. In the event this has happened and you are trying to save your beer follow these precise steps: 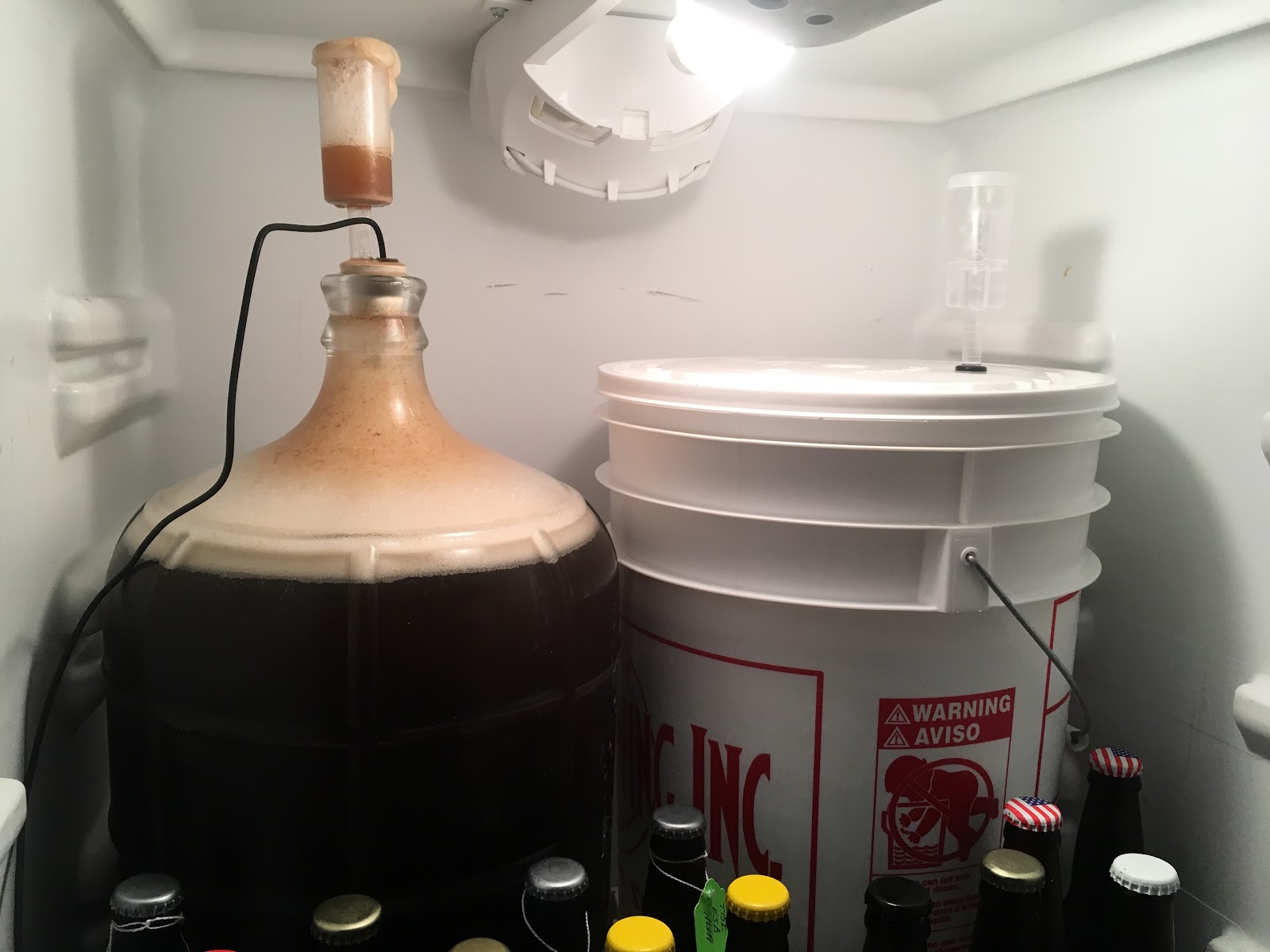 Image: That awwe sh*t moment when you realize the airlock is compromised and you should’ve installed a blow off tube. Luckily, this was caught early before pressure built up enough to explode off the airlock.

Installing a blow off tube is easy and you probably already have the necessary equipment lying around. I personally use a 3-piece airlock, drilled carboy rubber stopper, 3-4 ft of tubing (I recommend 3/8" silicone tube; alternatively you could use auto siphon tubing - 5/16” ID Flex Tubing, or 1” ID Flex Tubing), a small vessel that will not tip over (such as a bucket, stein, or erlenmeyer flask), and a few cups of sanitizer to halfway fill the vessel.

First, sanitize all pieces including your hands and any counter surface area you may rest equipment on. Take the airlock and remove the cap and bubbler, insert 3/8” silicone tube snugly around the inner hard plastic piping of the airlock (or inside the piping if using 5/16” tubing). The open end of the airlock goes into the drilled rubber carboy stopper as usual, and placed snugly into the mouth of the carboy. Finally, place the tail of the tubing into the vessel, fill with enough sanitizer to submerge the tip of the tube, and viola! You have just installed a Blow off tube!

*See pictures for more help. Alternatively, if using 1” ID Flex Tubing you do not need a rubber stopper or airlock, just squeeze the 1” tube into the top of the carboy and place the other end into the vessel with enough sanitizer to submerge the tip. This large tubing may not work for some fermenters like brew buckets because if they plack a drilled hole large enough to install the tube. 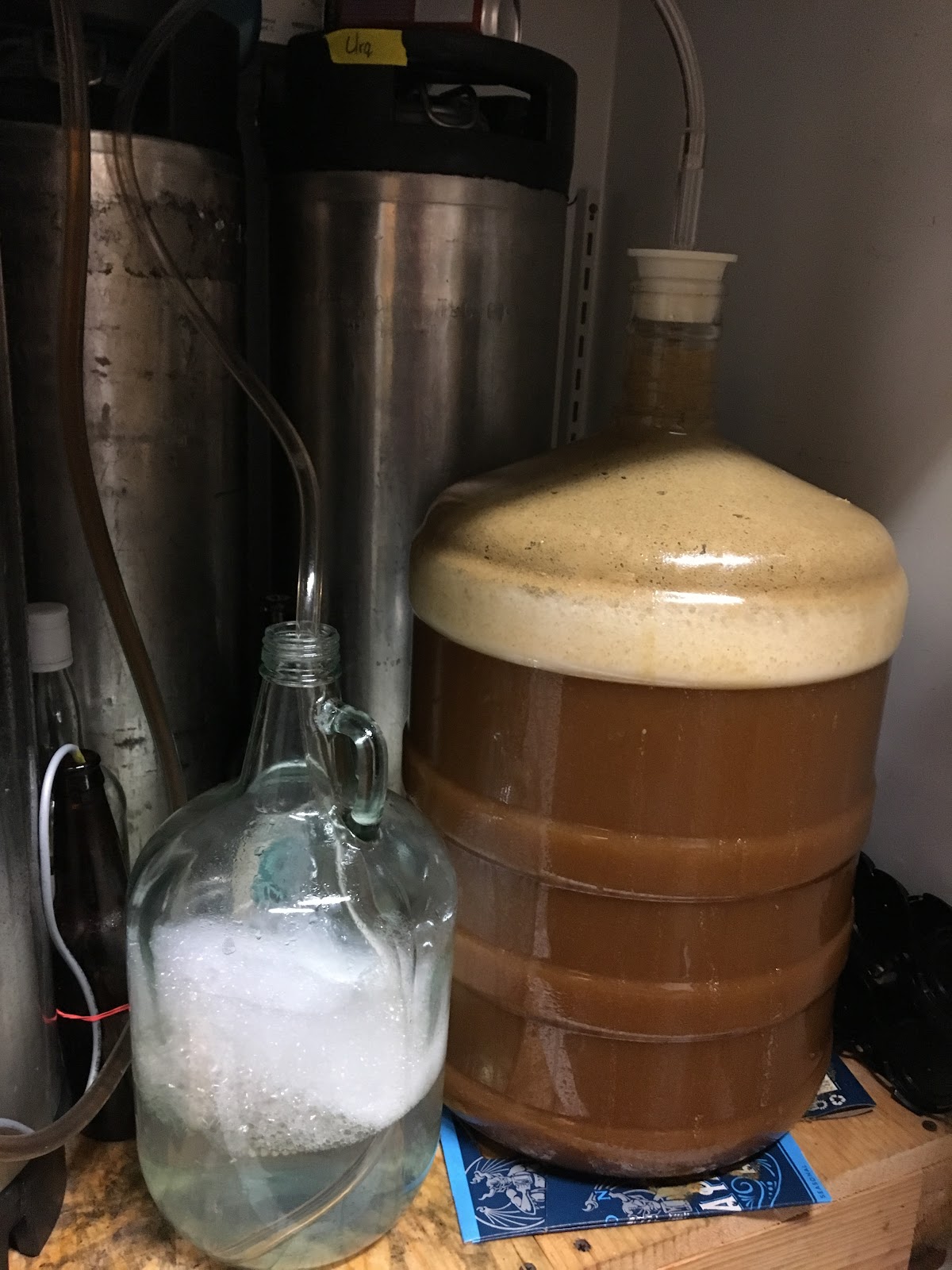 Image: A properly installed blow off tube should result in making bubbles in the sanitizer when actively fermenting. Some krausen may push through the tube and into the vessel, this is fine, but it is important to keep the tube from clogging with debris. 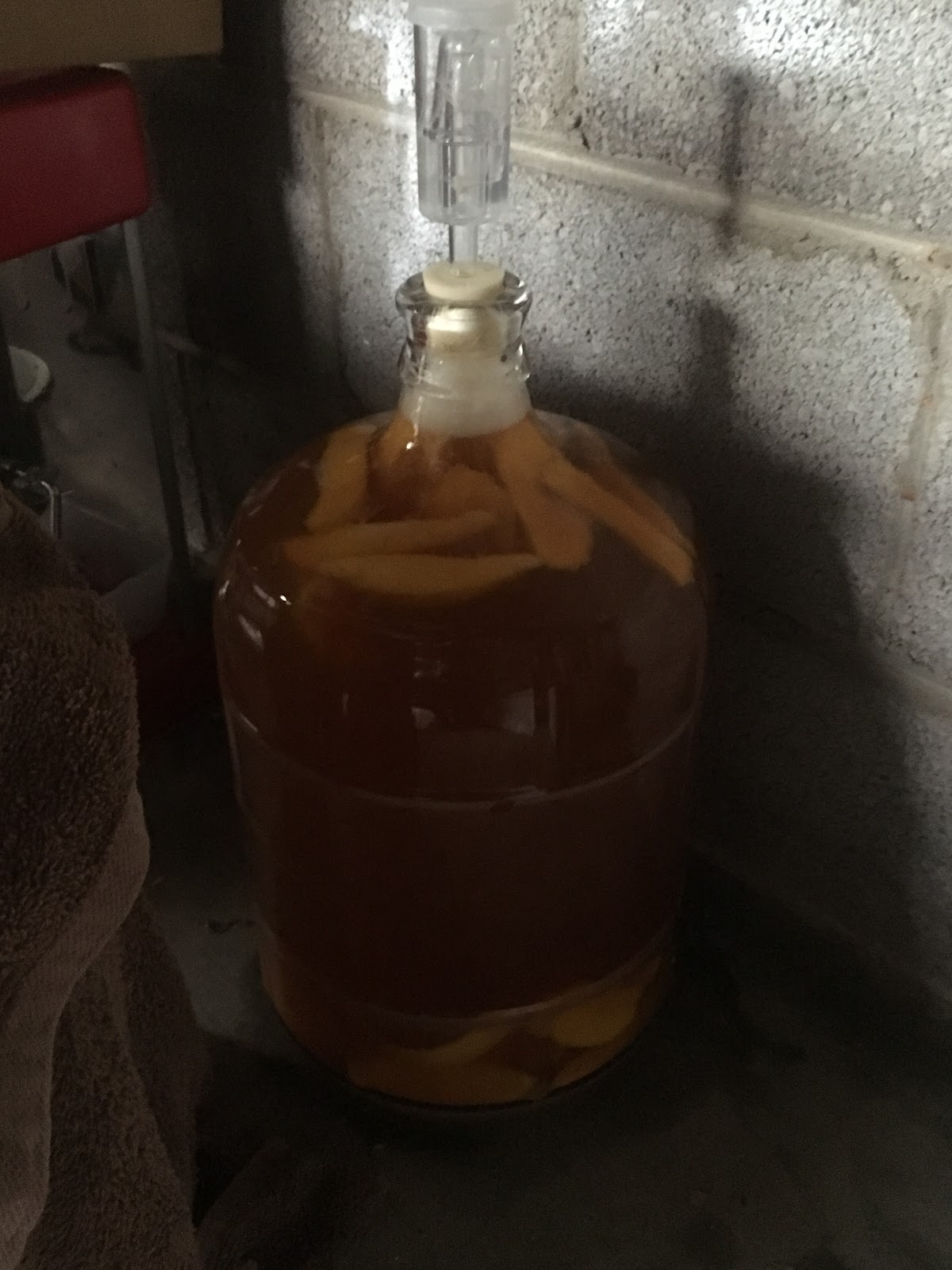 Image: a Brett Saison with mangoes pushes this carboy to the limit but because it is in secondary and the yeast has consumed most of the sugars it does not produce a large krausen. It can be beneficial to limit any air space in secondary to reduce the chance of beer being exposed to oxygen and developing off flavors.

Finally, a last word of advice. If you are using blow off tubes and plan on crash cooling, be sure to remove the blow off tube once krausen has subsided and replace it with an airlock set up. If you forget, the waste sanitizer will be sucked into the carboy due to different pressure zones caused by the rapid cooling of the smaller sanitizer vessel. Avoid this mistake! If this happens, it will likely be okay to drink if you have good sanitation practices, but you may notice a slightly refreshing tartness to your beer from excessive sanitizer. 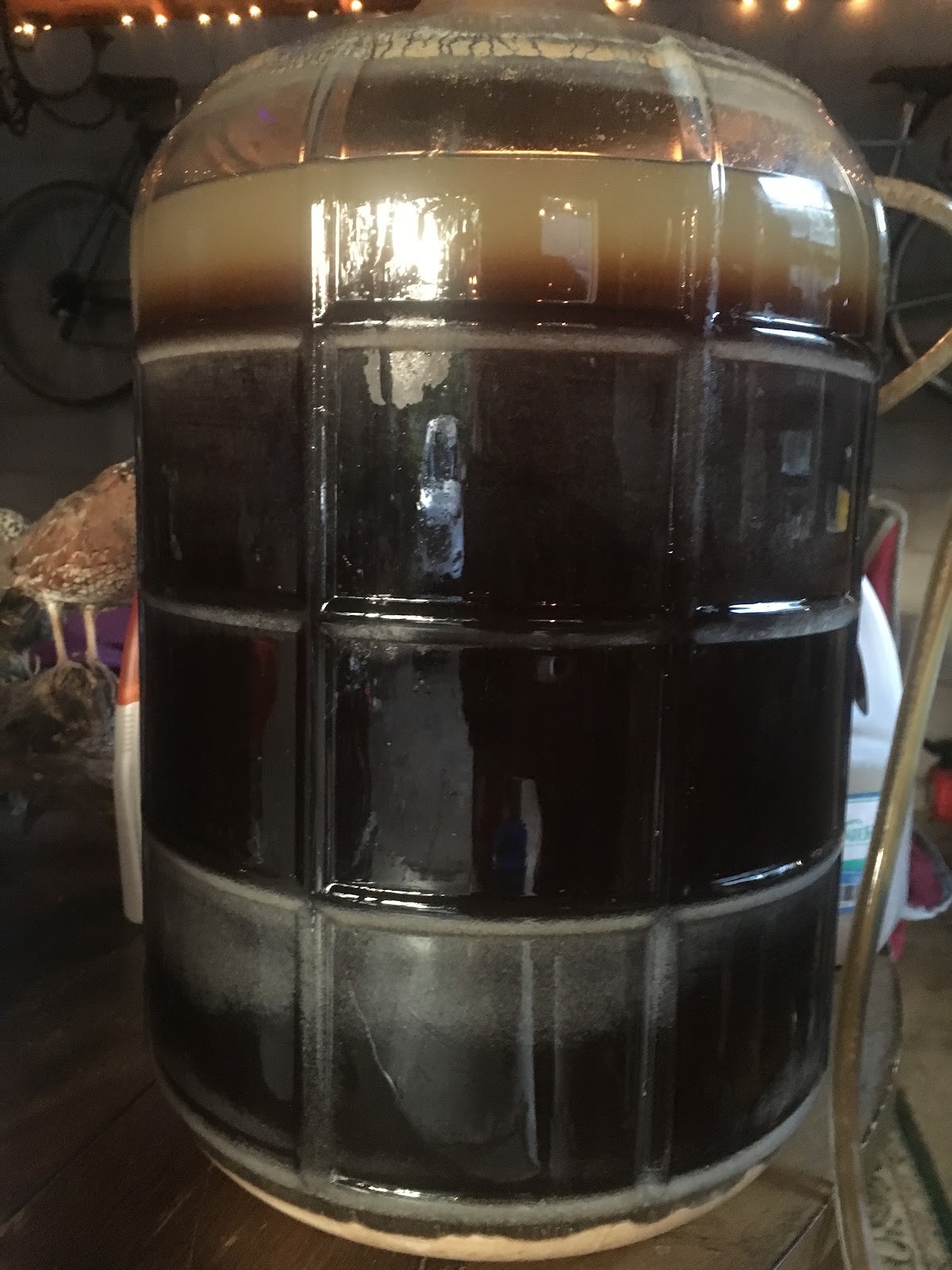 Image: a beer that was crash cooled and sucked up sanitizer waste through a blow off.

Until next time, compadres. Happy Brewing!!